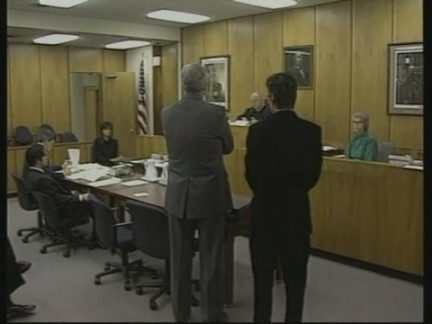 The bad boy rocker is also facing charges of allegedly hitting his wife, Pamela, who has initiated divorce proceedings, for the second time in their three year marriage.

Rocker Tommy Lee dropped his bad-boy image outside court on Friday, offering his hand to try to apologise to the photographer he had attacked.

Appearing in court for the first time since allegedly beating his estranged wife Pamela Anderson Lee, the Motley Crue drummer turned over 17-thousand, 500-dollars to cameraman Henry Trappler as part of a criminal settlement.

Lee was released on 500-thousand dollars and ordered to undergo anger-management counselling after pleading no contest on 12th January to attacking Trappler outside a nightclub in 1996.

The photographer claimed that Lee threw him to the sidewalk outside the Viper Room as he was videotaping for Paparazzi T-V, a supplier of celebrity videotape.

Outside court on Friday, Lee was asked by reporters if he had problems controlling his temper.

Thirty-five year old Lee, pleaded innocent on the 27th of February to abusing his wife and infant son, Dylan.

The court ordered him to stay away from his two children and his wife, the former "Baywatch" star.

1. Tommy Lee Jones and his attorney before the judge

3. Close up of Tommy Lee and attorney