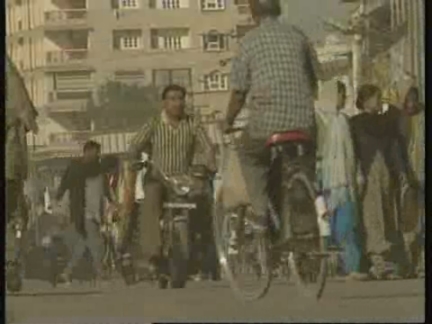 Life is slowly limping back to normal in the quake hit Gujarat state in Western India.

Bhuj, the town nearest the epicentre, had a population of 150-thousand before the quake.

But the earthquake has killed many thousands, and driven away a large number of people from Bhuj.

Those who remain, however, are trying to pick up the pieces of their shattered lives.

The state government says it has recovered nearly 18,000 bodies since the January 26 quake, although state officials estimate the actual death toll is around 30,000.

Bhuj was among the worst hit towns and most homes and businesses were flattened or badly damaged.

More than one million (m) people have been left homeless across the region.

What is helping the survivors cope with the trauma of losing their homes and livelihoods is their optimism - and an undying hope that bad times will not last.

At the medical camp set up by the International Red Cross , hundreds of earthquake victims are being treated by teams of specialist doctors.

Joining hands in the effort to provide medical relief to the suffering are a few medical students from Brown University in the United States.

The group also includes non-resident Indians whose ability to speak the local language is facilitating the interaction between the visiting medical teams and the patients.

The experience is clearly overwhelming for most of them.

"We don't have houses anymore - that is why so many people have left. Also because of the continuing aftershocks....people feel very scared. But they will all come back - and Bhuj will get back to normal again. In fact it will be better than before."

"Activities in the market are picking up. But those whose lives have fallen apart will take some time to recover."

"Well it is my first visit to India. And as an American medical personnel, it's quite overwhelming actually. The need is far beyond anything you see in America. Given....on top of that the fact that there is a major earthquake here and the need is exponentially increased. It's overwhelming. But it's also incredibly rewarding because you are never needed as much as you would be needed here. So, it's quite amazing. The one thing I could say is as far as the patients (are concerned) the patient morale is absolutely amazing. For what these people have gone through, everyone is smiling, the families are there. They (the families) are taking care of them, which is something you don't always see in the US either."

"Definitely, I think more than medical now I can contribute at this point....I think just the ability to speak the language, to convey what the surgeons and doctors are saying and to just reassure patients that things are going to be okay...that's probably my most valuable contribution aside from the medical knowledge...so I think it's been good in that sense."

6. Child drinking tea in a dish

15. Tracking shot of people getting into camp

25. Various of patients in medical camp 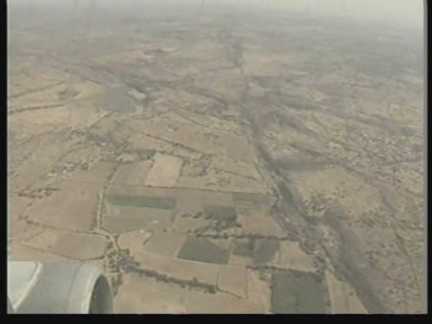 More than six thousand people have been confirmed dead from Friday's earthquake on the Indian subcontinent.

The majority of the victims were from the dessert town of Bhuj in the Gujarat state in India, though over five hundred were from the city of Ahmedabad.

The death toll was expected to rise by thousands more.

Angry survivors of Friday's earthquake are accusing authorities of conducting a sluggish rescue effort that has left thousands trapped under rubble with fading hopes of survival.

But the search still continues.

Cranes, generators, cutting tools, sniffer dogs, seismic monitors and polls with long cameras attached have begun to arrive to help in the rescue and recovery operations.

Experienced teams of rescuers from places such as Switzerland, the United Kingdom and Turkey have arrived to give assistance.

The International Rescue Corp, which includes rescue workers from Britain, were carefully picking through the rubble on Sunday.

Over the past 24 hours a few people have been dug out of the rubble.

Two French medical students survived the earthquake by huddling with local people in a small street when the 7-point-9 magnitude quake hit Bhuj.

Once the dust settled after the trembling, they began to help people who were injured.

Many had open fractures and exposed bones.

They say all they could do at the time was apply a local antiseptic to the wounds.

"We felt nothing before the very strong tremor. We went to the most secluded place we could find, in a small street and it was very fast -- everything collapsed."

"The walls of the houses collapsed around us. We were with three Indians who had huddled together with us and they managed to protect us, more or less.The earthquake last, I don't know. We couldn't see the sun anymore, there was so much dust."

"The army arrived two or three hours after the earthquake. We didn't do anything after that. There were people who had exposed wounds from the falling rubble, open fractures, bones sticking out all over the place. All we could do was to apply Dettol, which is a local anti-septic."

Indian authorities say they should know by Monday if any more people are alive under the debris.

The emphasis will then switch to clearing the rubble and removing the dead bodies.

It shook the earth for more than 12-hundred miles (1,930 kilometers) and was also felt in Nepal, Bangladesh, in addition to Pakistan.

3. Wide of people carrying away a dead body

5. Close up feet of dead bodies

6. Men carrying a little boy and driving off in a motorcycle

9. Cutaway of men sitting by tractor

11. Wide of people by collapsed buildings