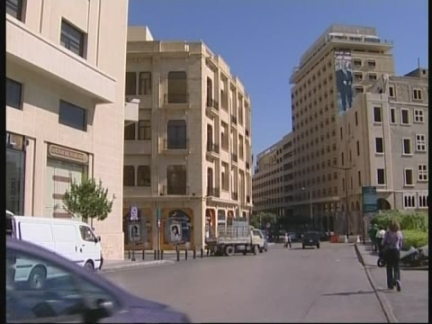 "The investigation's report is the first step in the course of uncovering the truth. We will look forward to (the investigation) continuing to reach the justice which alone will be the source of full comfort to the Lebanese people, the Lebanese state and its stability."

"The results reached by the UN international commission will not be subject to any internal or external bargaining - because the blood of the Lebanese people and the blood of Rafik Hariri and the others won't be starting any bargaining nor any political trade. We will not accept that, as it becomes a means of political or non-political punishment."

"The UN investigation report, led by judge Detlev Mehlis, was highly appreciated by the Lebanese. The report expressed itself by the strong facts that it included and by the extreme professionalism, as was expected by the Lebanese people, without any compliance, biased or political influences.''

"The aim of discovering the details of this huge crime is to stop the series of the political assassinations in Lebanon and in all the Arab countries.''

"Despite of all that has happened, nothing will change the brotherly relations between the Lebanese and the Syrians. The strong relations between Lebanon and Syria should not be affected under any circumstances. This bond is stronger than the condemned deterioration and mistakes that happened in the past."

The son and political heir of slain former Lebanese Prime Minister Rafik Hariri on Saturday praised a UN probe that implicated top Syrian and Lebanese intelligence officials in the murder of his father.

"The investigation's report is the first step in the course of uncovering the truth," said legislator Saad Hariri in a televised speech from his residence in the Saudi Arabian city of Jiddah.

Many Lebanese politicians are temporarily living abroad because they fear violence at home.

20 others in central Beirut on February 14.

Syria angrily rejected as false, unprofessional and politicised the UN report that accused it of approving Hariri's assassination.

Saad Hariri, who heads the largest anti-Syrian bloc in Lebanon's parliament, also said that the findings of the probe "will not be subject to any internal or external bargaining".

His statement was the first official comment on the UN report by the Hariri family.

Hariri spoke shortly before Lebanon's cabinet discussed the report, which it said was based on "strong facts and high level of professionalism".

The cabinet also called on Syria to cooperate honestly with the investigation, but Information Minister Ghazi Aridi insisted the probe would not

affect his country's ties with Damascus, adding the cabinet would discuss calls for an international tribunal after the UN investigation ended.

years of control of its neighbour.

Many Lebanese blamed the killing on Syria and pro-Syrian Lebanese security chiefs.

Syria and its Lebanese allies denied any involvement.

Four Lebanese generals who ran the security services at the time Hariri was killed have been jailed for alleged involvement in the murder.