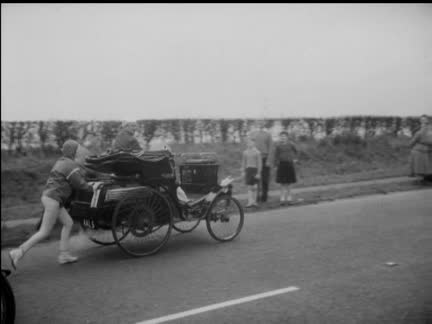 Wellington, New Zealand, has a fine new airport, and its official opening was performed by the Governor General, Lord Cobham. The ceremony was followed by a flying display by jet aircraft, a "Comet" being one of the highlights. Royal New Zealand Air Force "Vampires" drew patterns of smoke in a thrilling aerobatic performance. An RAF "Vulcan" had an extra, unrehearsed thrill in store for the spectators: coming in to land, one wheel collapsed. But they pilot took the bomber up again, to crash-land safely at a nearby station.