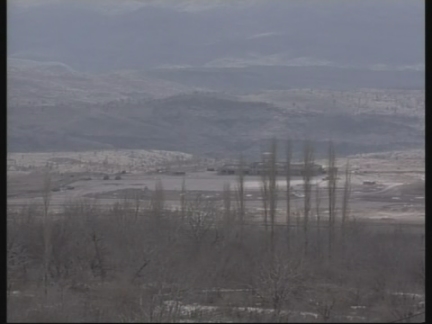 "We're opposed to unilateral military intervention by any of our neighbours and we have been very clear on this. Turkey may want at some stage or other to deal with the possible humanitarian contingencies that may happen. This can be discussed within a proper forum within the proper multilateral context of the United Nations and humanitarian crisis responses. "

"We need the space in which the people of Iraq are able to exercise their right to self determination; by that I mean being able to choose the type and form of government that they will be happy with."

"This is not about oil, this is about freedom. If you're talking about Kirkuk, Kirkuk is a place where the most brutal campaign of ethnic cleansing has been taking place for decades. Iraq cannot be peaceful, Iraq cannot become free and democratic unless ethnic cleansing in Kirkuk is reversed. Unless the Kurdish people, the Turkomans, the Assyrians and other indigenous populations of Kirkuk are allowed to return. As far as oil is concerned, the way we envision oil in the whole of Iraq, will be - oil will become a federal resource, a resource for the entire nation, not for one community versus the other."

19. Close shot co-chairman of the Caucus on US-Turkish relations, US Representative (Democrat from Florida) Robert Wexler

"And we've found that maybe we've misunderstood the Turkish position and maybe the Turks position, maybe they misunderstood the US position. And he has pledged to work with the ambassador and others to make sure we have accurate information."

Turkey beefed up its forces on the Iraq border on Friday, sending hundreds of trucks and dozens of tanks and artillery guns to the frontier in the largest Turkish military buildup ahead of a possible Iraq war.

The move came amid tensions between Turkey and Iraqi Kurds who live in an autonomous zone across the border.

Turkey has said it will send tens of thousands of troops into northern Iraq if there is a war - a move that has increased tension with Iraqi Kurds.

Turkey says the move is aimed at preventing a flood of refugees and the creation of a possible Kurdish state if Iraq disintegrates.

It fears an independent Kurdish state would revive a 15-year war between Kurdish rebels and Turkish troops in the southeast of the country.

Iraqi Kurds have threatened to resist any Turkish incursion.

On Friday, a senior official from the Patriotic Union of Kurdistan - one of two factions that control northern Iraq - met Turkish officials in Ankara.

Speaking to reporters after meeting foreign ministry officials, Barham Salih said: "We're opposed to unilateral military intervention by any of our neighbours."

The United States is hoping to use the border area as a staging point to invade Iraq - and wants to station more than 60-thousand US forces there to open a northern front in Iraq.

American officials say such a deployment would shorten any war and minimise loss of life.

But the US does not want a unilateral Turkish move into northern Iraq.

A US Congressional delegation met Foreign Ministry officials on Friday to discuss the deployment of US troops.

The US team was led by Representative Robert Wexler, a Florida Democrat and co-chairman of the Caucus on US-Turkish relations.

Turkey's parliament rejected a resolution that would have allowed in the US troops last week.

Turkey's government has indicated it would press for a new resolution, but officials in the governing party said a new vote could take two or three weeks.

Turkey has already authorised the US military to renovate Turkish ports and bases for the arrival of combat troops and warplanes for a possible war and the pace of that work seemed to accelerate this week.