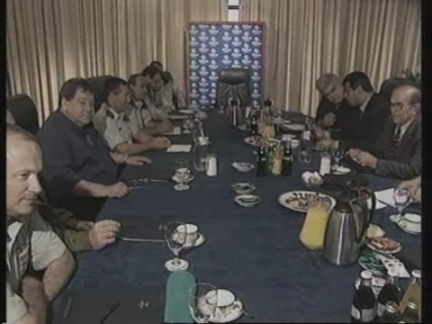 Israeli and Palestinian security officials have reached agreement on an Israeli troop pullback in the Gaza Strip and the West Bank town of Bethlehem, Israeli officials said. There was no immediate Palestinian comment.

Israeli forces would withdraw on the condition "the Palestinian side takes responsibility to calm the security situation and reduce violence," the Defence Ministry said in a statement.

The troops are to start withdrawing on Monday, the statement said. The planned withdrawal will mark the first time in months that negotiations between the two sides have prospered.

In a meeting that lasted three hours, Israeli Defence Minister Binyamin Ben-Eliezer met senior Palestinian security officials in Tel Aviv to discuss the plan, under which Israeli troops in Bethlehem and parts of the Gaza Strip would redeploy from Palestinian areas.